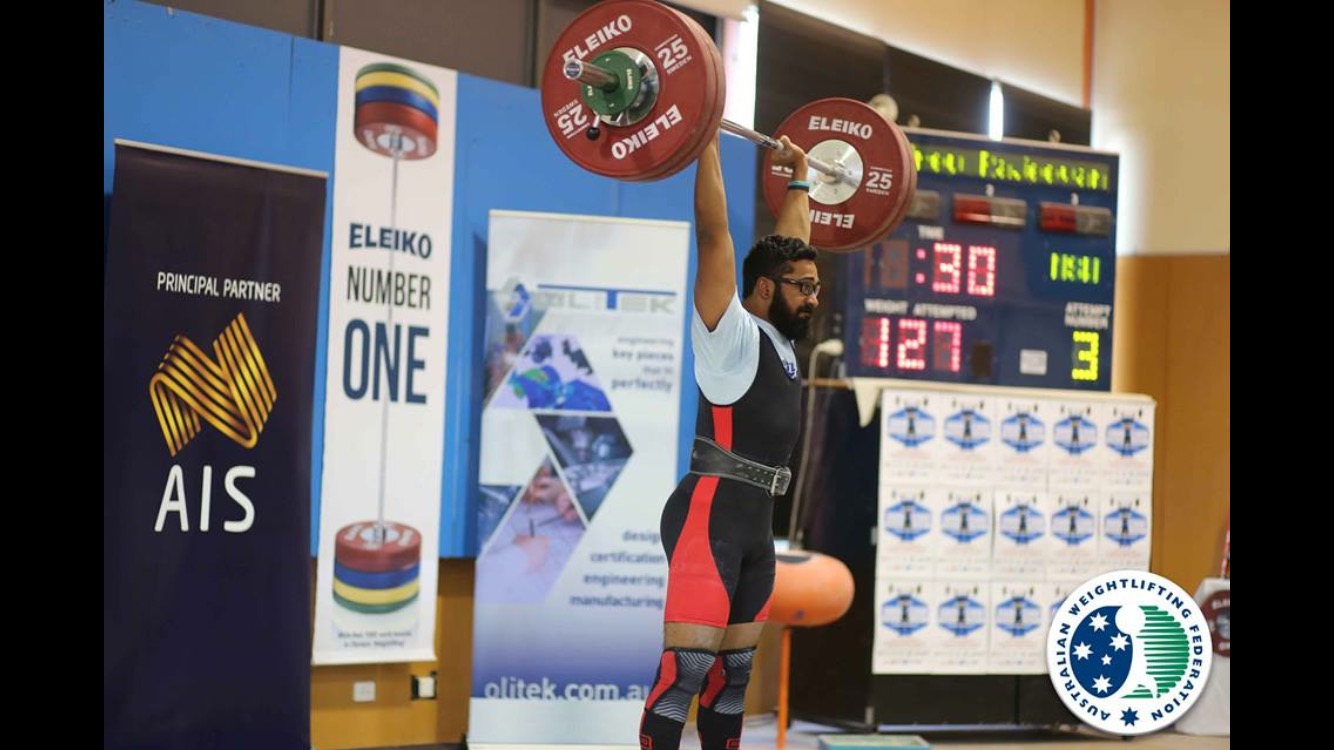 This past ANZAC weekend we had the pleasure of having Andy compete at the Titans open competition in Titan’s Weightlifting Club, Olympic Park.

With not much actual lifting over the last 2 months we weren’t expecting much, hoping for a 218kg total (100/118kg) as a great competition. Because of this we set his openers really low at 90/110kg.

On the day however Andy and his coach, Rob (RAW Strength and Conditioning) decided to go big, hoping to use this competition as a chance to qualify for the Australian Senior Nationals. This would require a total of 228kg.

Looking good in the snatch Andy opened at 100kg. He followed this by a close miss at 105kg. Playing it safe Andy repeated 105kg for his last attempt, overpulling it and almost losing it behind. He was able to recover and save it though, meaning he would only need a 123kg Clean & Jerk to make nationals.

For the Clean & Jerks we were worried. Andy’s leg strength has always been an issue. Get under weights is never a problem but squatting out? That a whole different story. Andy opened on 115kg. A bit grindy but surprisingly easier than he’s hit it in training.

The decision was made for 123kg on his second attempt. This would allow for two attempts in the case of missing it. This wasn’t needed however as Andy made his first attempt. Securing him a qualification for nationals.

With a better day than we could have hoped for, now all we need is to put some numbers on Andy’s squat so that we can lift some big weights at nationals.